Charley developed pneumonia with the malaria. When he began to make a steady recovery he begged to be sent home and he was discharged in January 1919. He sailed from Salonica to Brindisi.

“ ---- where we remained for a couple of days, then entrained for France. What a journey this turned out to be. Instead of reasonably comfortable railway carriages, we were loaded into rail goods vans, so many men per van. This turned out to be a five day journey cooped up in those stinking vans”

Charley’s health began to deteriorate and he crawled into a look out cabin which was bitterly cold and went to sleep. He was found and came to in a Cherbourg hospital where some days later he had a surprise visit from his parents.

“What a reunion, we hugged and cried and hugged. I do not think I ever saw Dad cry before but he did that day.”

Charley’s parents returned home and he was eventually discharged only to collapse on the ship to England. He was admitted to hospital in Southampton before being finally discharged.

“I duly arrived at Derby station, there to be met by Dad and sisters Amy and Lena.  ---------- it’s hard for me to describe the meeting with Mother and Granny Garratt. I remember dear Granny Garratt saying, “God has answered our prayers and has brought you back to us.”

Click on Painting 12 to see it in higher resolution… 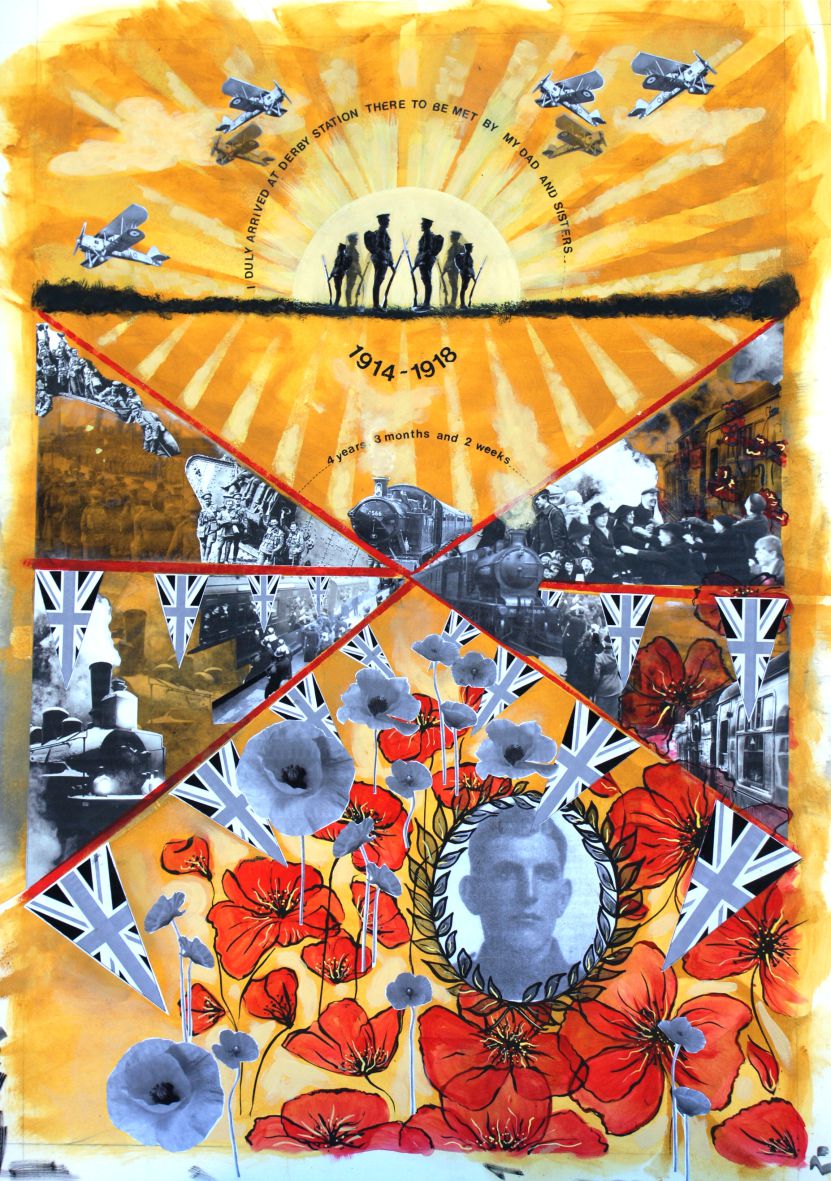