“Then it was time to feed the horses and look after the inner man. This was done in record time and rations were very soon in evidence, a life saver after those miserable days in the hills and five days awaiting our transport. Unfortunately I had a severe attack of malaria and was confined to my saturated bivouac.”

Here he was visited by Major Bramfield who asked about his condition and gave him bad news about the fate of the horses now that the war was over. Charley’s horse Crippen and another horse were now owned by the widow of Major Winterbottom, his commanding officer. She did not want them back and they were to be destroyed”

“This really hit me badly and I said, “This means that I have to lose my dear old friend Crippen after two and a half years of faithful service.” He replied, “I am very sorry, Garratt, but I am afraid that is so.” The two horses were destroyed and I flaked out the same day and woke up days later in  the 63 military hospital in Salonika.”

Click on Painting 11 to see it in higher resolution… 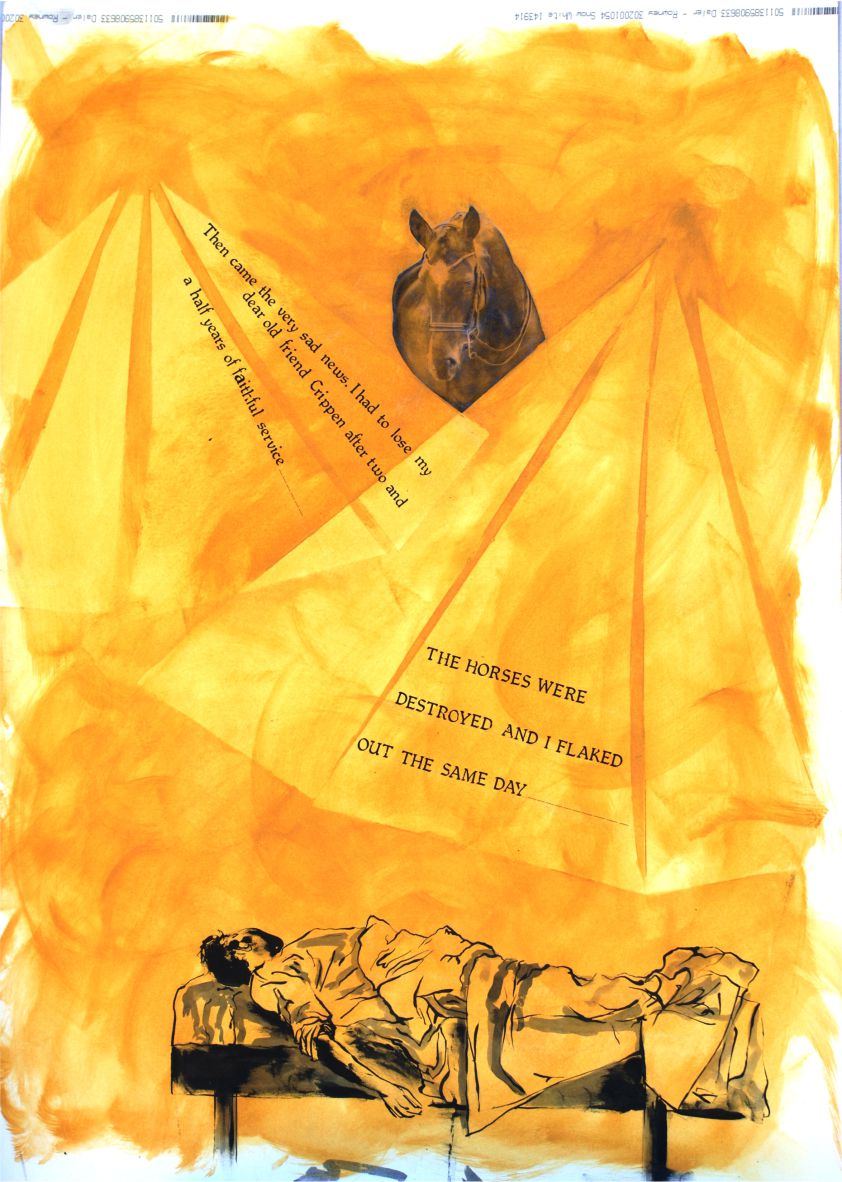