Hostilities  were quiet for a couple of months then, in late June 1917 the squadron moved to a new camp called Kopaki. For months they remained in this camp, keeping up penetrating patrols.
At the beginning of September 1918 they moved to a camp at Killender, near the mountainous Gran Gorrans region. An assault by a Scottish brigade dislodged the Bulgar troops and they were on the run.

“The Bulgar on his retreat had been trapped in a valley which I named the Valley of Death, as I never saw, and trust never to see again so many dead Bulgarian soldiers, dead horses, broken vehicles, cannon and the like. The stench was unbearable. Our horses had much difficulty in picking their way without treading on a corpse.”

The following morning the Bulgar forces surrendered to Lieutenant Lowe of Number three troop A Squadron. The beginning of the end of the First World War.

After a brief rest they moved through the hills in heavy rain. The troops were riddled with malaria and for five days had nothing to eat as the supplies transport had been held up. When it arrived the driver of the first cart “---was shouting for all to hear “The bloody war is over! The bloody war is over!” What a birthday present it was for me as, yes, it was my birthday, 11th November 1918”

Click on Painting 10 to see it in higher resolution… 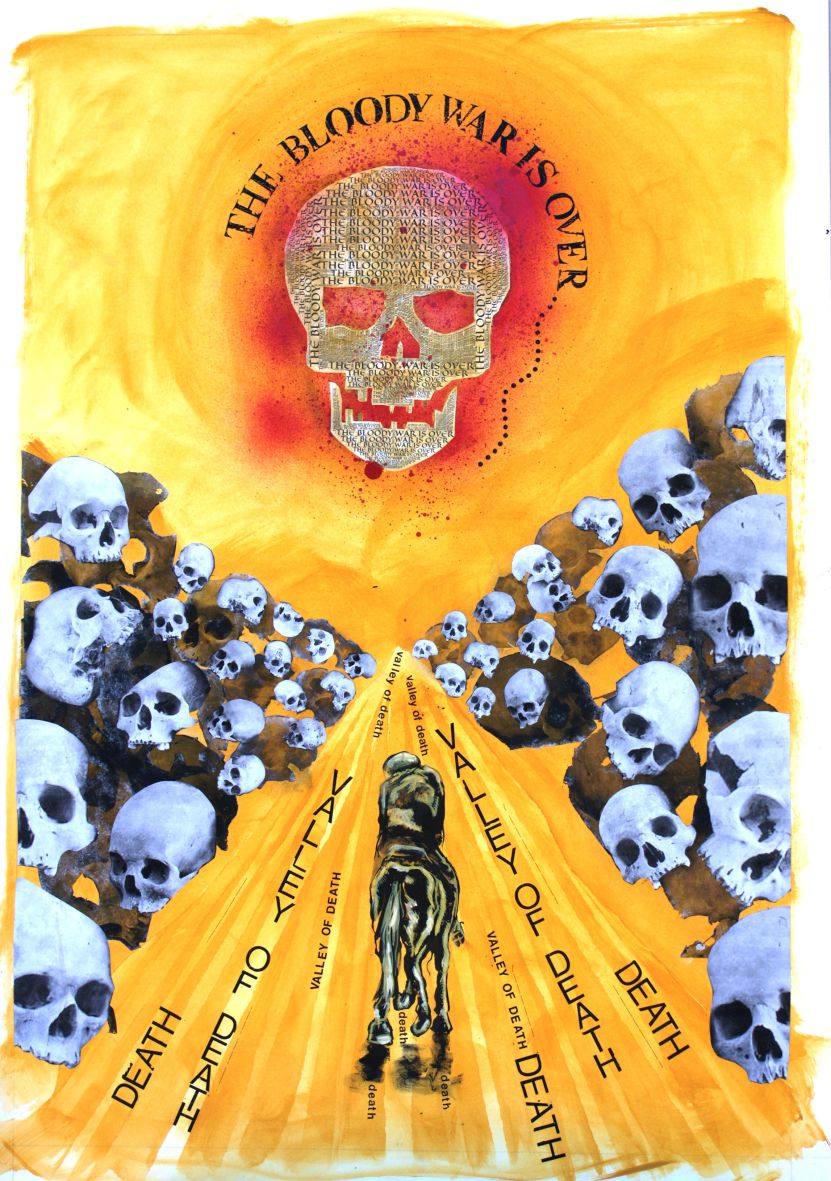