Soon after this Charley became extremely ill with a shell splinter in his leg. He was sent to Kas-el-Neal military hospital where he was operated on. He was lucky not to have lost his leg. The hospital authorities contacted his parents who were later reassured that his condition was “Satisfactory”.

Having recovered from his wound Charley was to rejoin his regiment in Salonica. Replacements were arriving from England to supplement the regimental losses and they travelled by troopship from Alexandria to Salonica in January 1916. Charley joined his old Number One Troop A Squadron.

He was given the responsibility of caring for Major Guy Winterbottom’s two horses, Dream (the Major’s) and Crippen who had the reputation for biting and kicking. But Charley and Crippen got on very well went through the rest of the war together.

Click on Painting 9 to see it in higher resolution… 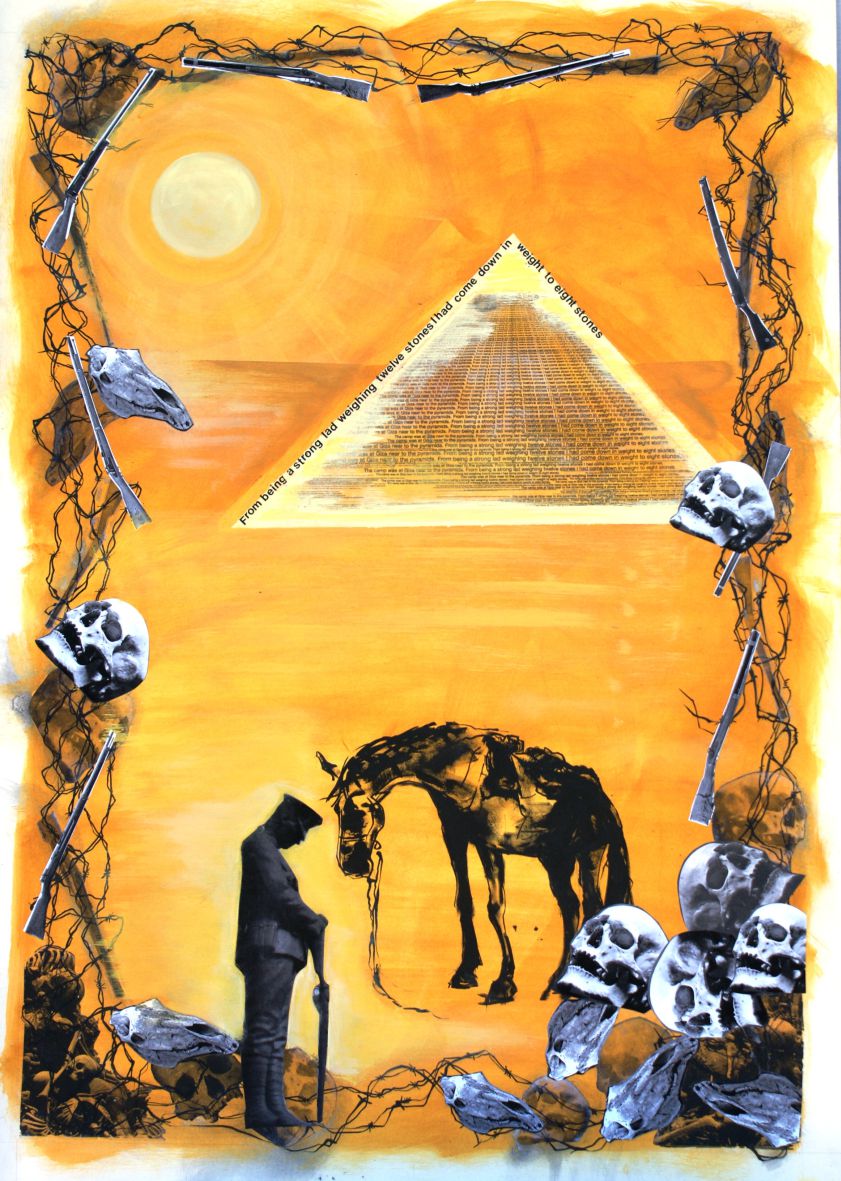