The regiment assembled on a flat plain named Salt Lake, it’s objective being Chocolate Hill, about two miles distant. When they were on the move towards this hill the enemy opened fire with everything they had. The ships responded with a very heavy bombardment.

“The enemy, however, had the advantage -- as he was entrenched in the mountainous hills opposite and we were at his mercy. The only encouraging sound was that of our own naval guns behind us pounding the enemy’s hill positions. I shall never forget that first baptism of fire and the resultant carnage. Was I scared? Of course I was.”
The regiment was then ordered to dig in. This was practically impossible as the terrain was rock hard. They moved towards Chocolate Hill under cover of darkness and all they could hear were the calls for Stretcher Bearers.

“At this stage in the hostilities we were almost at starvation point as rations and water were scarce --- however we managed to survive, but only just.”

The war dragged on with small arms fire from both sides with soldiers popping up over the trench to shoot.

When you appeared over the trench you were a prime target ---- to minimise this you could hear a non-com shouting, “Keep your bloody heads down” Some didn’t and paid the penalty.”

Click on Painting 6 to see it in higher resolution… 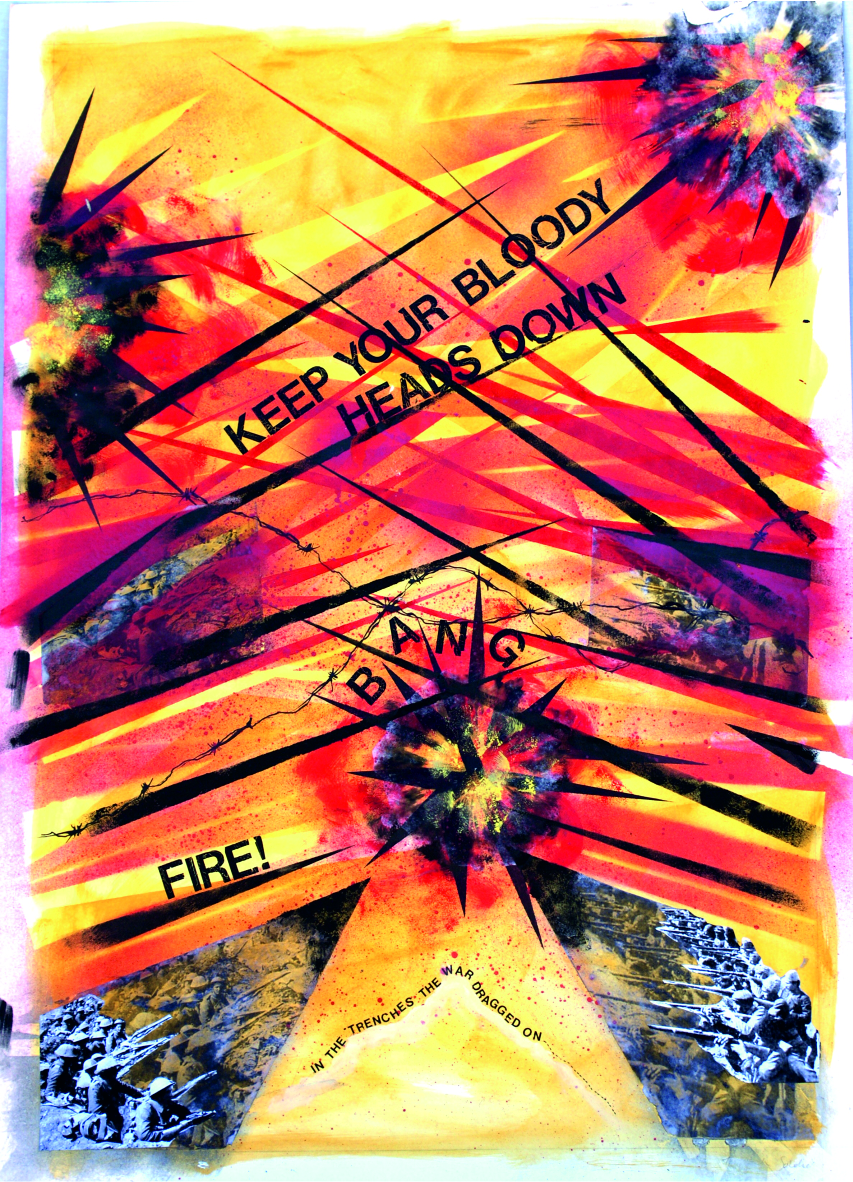