“Entering Suvla Bay through the Dardanelles, we approached the fighting zone. The Haverford dropped anchor away off shore but well in range of the enemy’s big guns. Shells were bursting all around us and our own navy guns were replying in like manner. Navy picket boats drew alongside and soon filled up with troops and made for the shore. Enemy shells were dropping on the sea all around us and it was dreadful to see some of those small boats catching the brunt of the enemy’s wrath. When our picket boats were close to the shore - orders were given to jump into the sea and wade ashore. -------“

“Most of us made it but not all. Many of the lads became entangled in the barbed wire which the Turks had laid underwater and the sea was red with blood.”

Click on Painting 5 to see it in higher resolution… 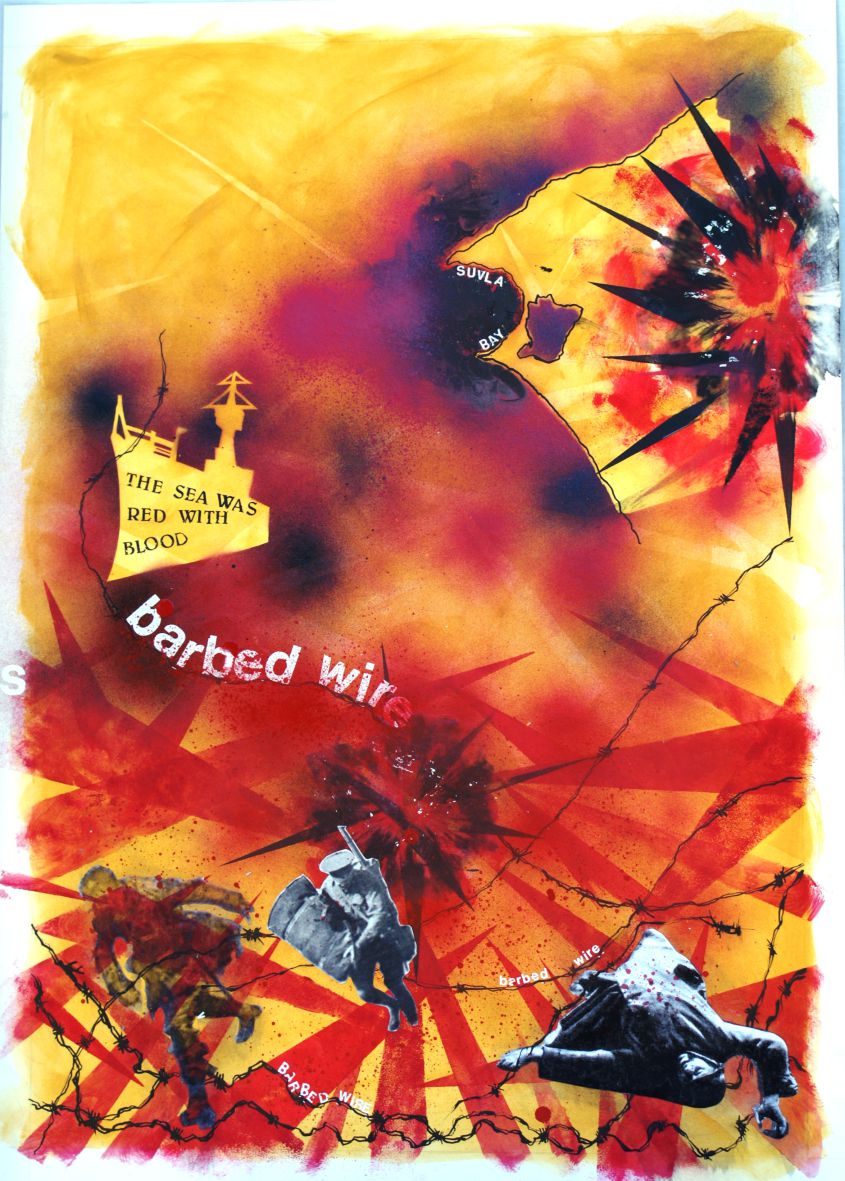