Charley’s army number was 1995 and he joined the second line of the Derbyshire Yeomanry with his brother Harry, Alf Sturgess, Dan Canty, Alf Hapsley and Frank Waldron.

“We were fitted out with khaki and cavalry equipment and before long we commenced our training on Derby race course.”

Here they were taught to ride before moving to Chatsworth for more training. At the end of November 1914 Charley, Alf Sturgess and Dan Canty volunteered to join the first line in Norfolk. In April 1915 the whole regiment was ordered overseas to Egypt.

“On arrival at Alexandria we were linked up with our horses --. We rode to a newly made camp called Sidi Bish. The heat was terrific, there was little water and much too much sand.”

“Life went on sweetly until early August we heard rumours about the bad time the troops were having in Gallipoli and it was not long before this became a reality to us.”

They embarked on the troopship SS Haverford. During the voyage they were given talks about what to expect on landing and that “Some of us may not come back”

Click on Painting 4 to see it in higher resolution… 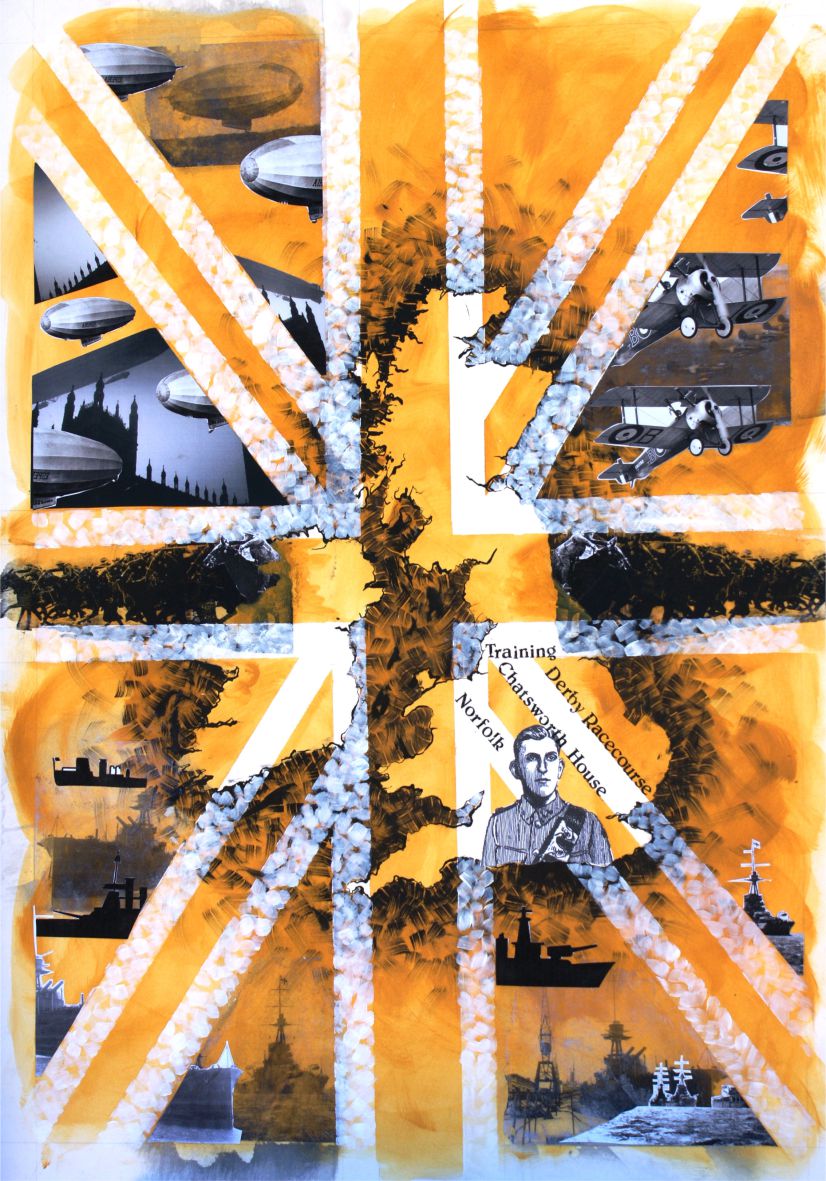