“The Earl called a meeting in Elvaston school of all the young men in the villages and there he put out a call for volunteers for his Majesty’s forces. The Earl continued, “You all know how vital it is that all young men of military age should seriously consider the defence of their homes, families and country. Now I call on you young men for volunteers”. After a pause up went my hand and also those of Jack Billings and Frank Waldron. The Earl then said, “One of my own servants is the first to volunteer.” By such a simple gesture as the raising of my hand my life changed and never were things the same again. This was the end of an era.

I was told to give my name to the Parish Clerk, then present, and this I did. Within two weeks I was notified to report to the recruiting officer at “The Spot” Derby, and after signing on I was given the King’s Shilling and told to return home to await my calling up papers.”

Click on Painting 3 to see it in higher resolution… 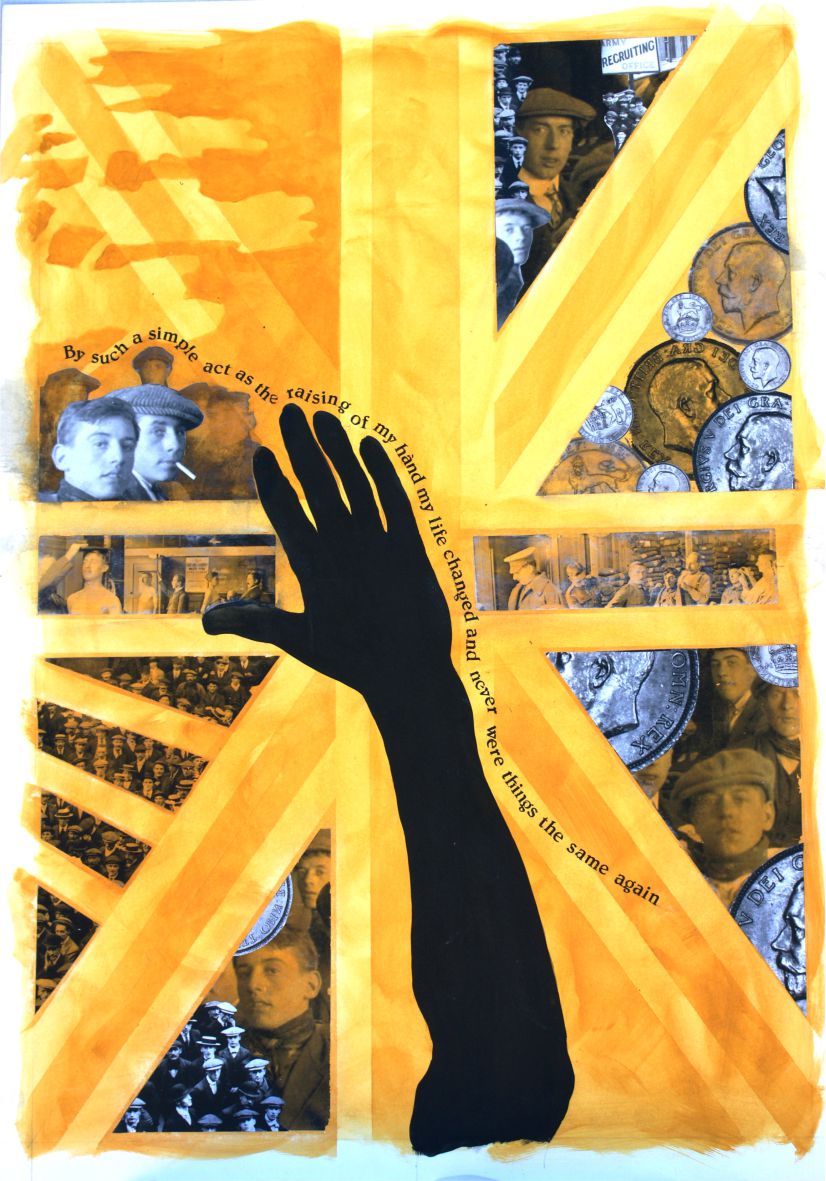