Charley left school at the age of thirteen and went to work for his father who was a stone mason on the estate. During quiet times they went to work on the farms. At the age of sixteen he got a job as “odd-man-cum-third footman at the castle”.

“I lived in a room over the stables, sharing with the second footman. I was called up about 6am by the night watchman, Mr Canty, my first task being to wheel scuttles of coal from a forty ton heap into the castle, the coal for the downstairs rooms into a bunker and coal for the upstairs rooms I had to take up on a hydraulic lift. “ ------------

Charley also had to chop and deliver wood, and mop the stone floor where his barrow wheels had been.

“Then I had to rush to have a wash and brush up ready to lay breakfast for the footmen and the Earl’s valet and at 7.55 dash to the clock tower where, after the clock struck 8am, I rang the clock bell .”----

The bell called all workers on the estate to their tasks and he also rang it at 1pm and 2pm. On Tuesday mornings after a 5.30am start he helped the laundry maid turn the linen press by handle..

Charley occasionally acted as valet to both the Earl and his male guests.

Click on Painting 2 to see it in higher resolution… 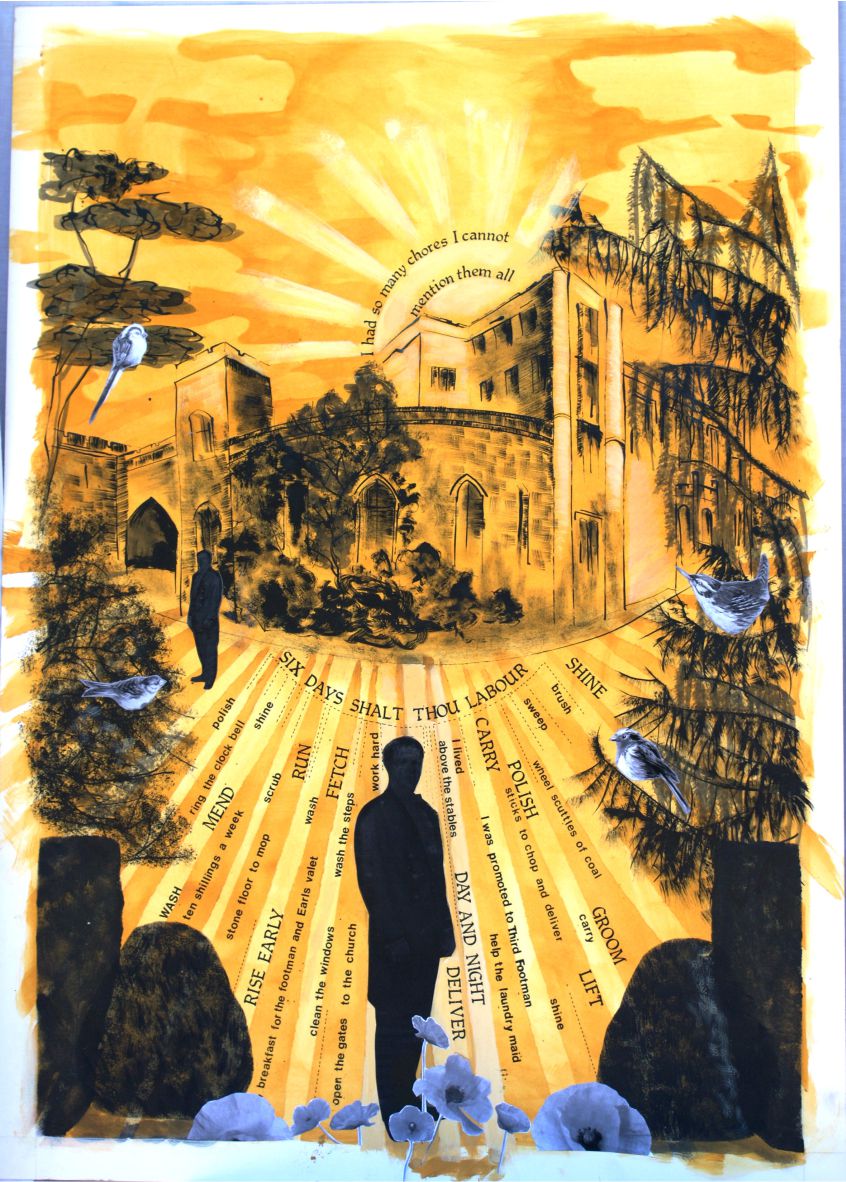