Charley had a very happy childhood and recounts many of his adventures in his book.

“As these happenings of childhood return to me it is as though I was reliving those happy years. There was the time when the Earl of Harrington’s hounds met at the Golden Gates, always about playtime which as I have mentioned earlier, was at 10.30am.Bass Kerry and I knew of the Meet so we awaited our opportunity and just before the children went back to school, off we went to the Meet. We kept well out of the way of anyone being sent from the school to call us back. We waited until the huntsman, then a Mr Earp, rode through the gates leading his pack of hounds into the castle grounds. The hunt followers were not allowed in these grounds, but waited until they and we boys heard the baying of the hounds and the huntsman’s horn, that indicated that the hounds had “scented a fox” and were giving chase.”

---------- “Nowadays there is quite a lobby against fox hunting and it is considered a very cruel sport, but in those days it was considered a very exciting sport indeed. Bass and I returned to school, managing to sneak into lines and mix with the other boys and girls after the afternoon playtime.”

Charley and Bass were caned by the schoolmaster Mr Creighton for this but strangely Charley’s father did not. He often wondered why.

Click on Painting 1 to see it in higher resolution… 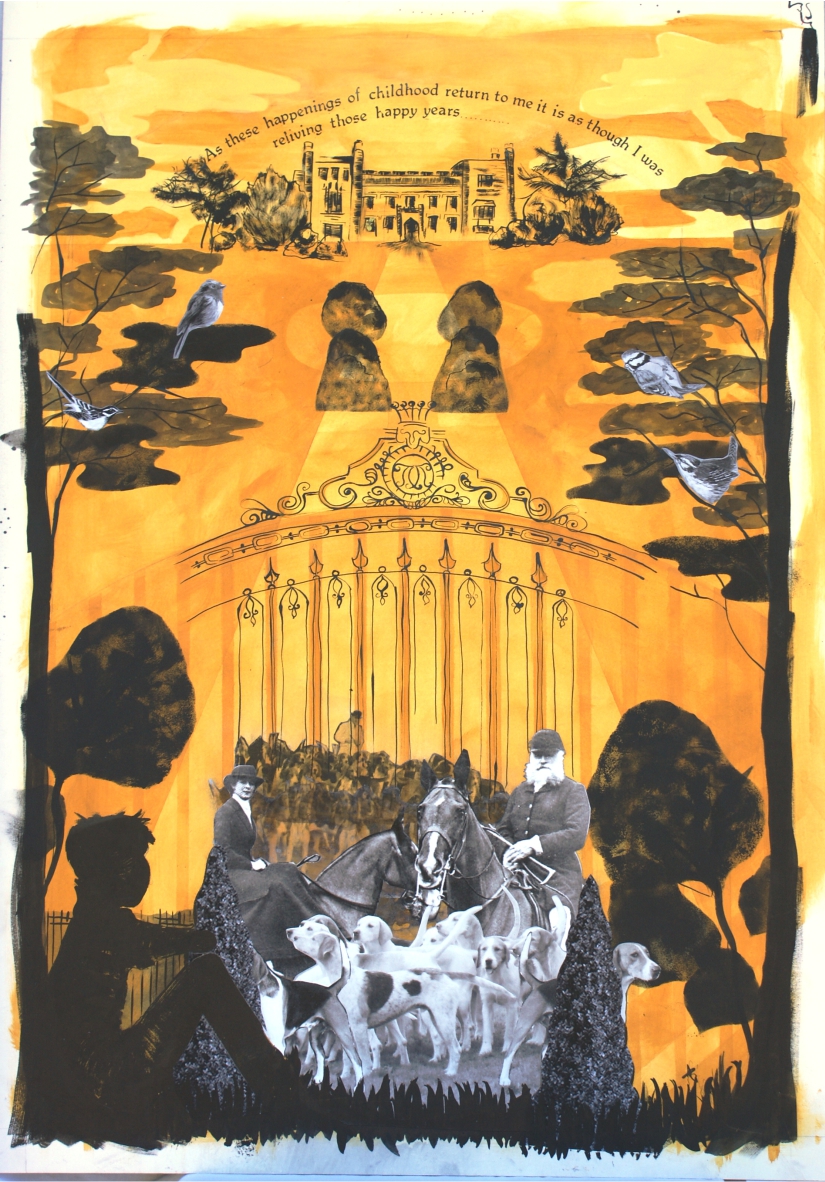