Household Cavalry and Cavalry of the Line

Daniel Edmund Canty was born in Portsmouth in 1893, the youngest son of John and Mary (nee Clinch) and the eighth of their ten children. The family moved to Elvaston around 1898, when Daniel's father  took up the position of night watchman at  Elvaston Castle. In the 1911 census, 17 year old  Daniel was working as a Grocer's assistant.

In 1914, Daniel responded to the Earl of Harrington's call for volunteers for His Majesty's Forces and joined the Derbyshire Yeomanry. In April 1915 the regiment left for Alexandria in Egypt, to prepare for the Dardanelles Campaign. Four months later in August they embarked from Alexandria Docks on the troopship SS Haverford. It was whilst on board that the troops were warned that some of them may not return home. When they disembarked at Suvla Bay on the coast of the Gallipoli Peninsula, they found themselves in the midst of the fighting zone with shells bursting around them.

Daniel was only at the front line for a few weeks before being sent back on sick parade, suffering from dysentery and jaundice. He was evacuated to Alexandria where, on 06 October, 1915 he died of wounds and dysentery. He is buried in Chatby Military Cemetery, Alexandria

His parents John and Mary Canty continued to live in Elvaston. After they died in 1919 and 1925 respectively, they were buried in Elvaston churchyard, where their gravestone commemorates their youngest son who died so far from home.

Daniel was awarded the British War Medal, the Victory Medal and the 1915 Star 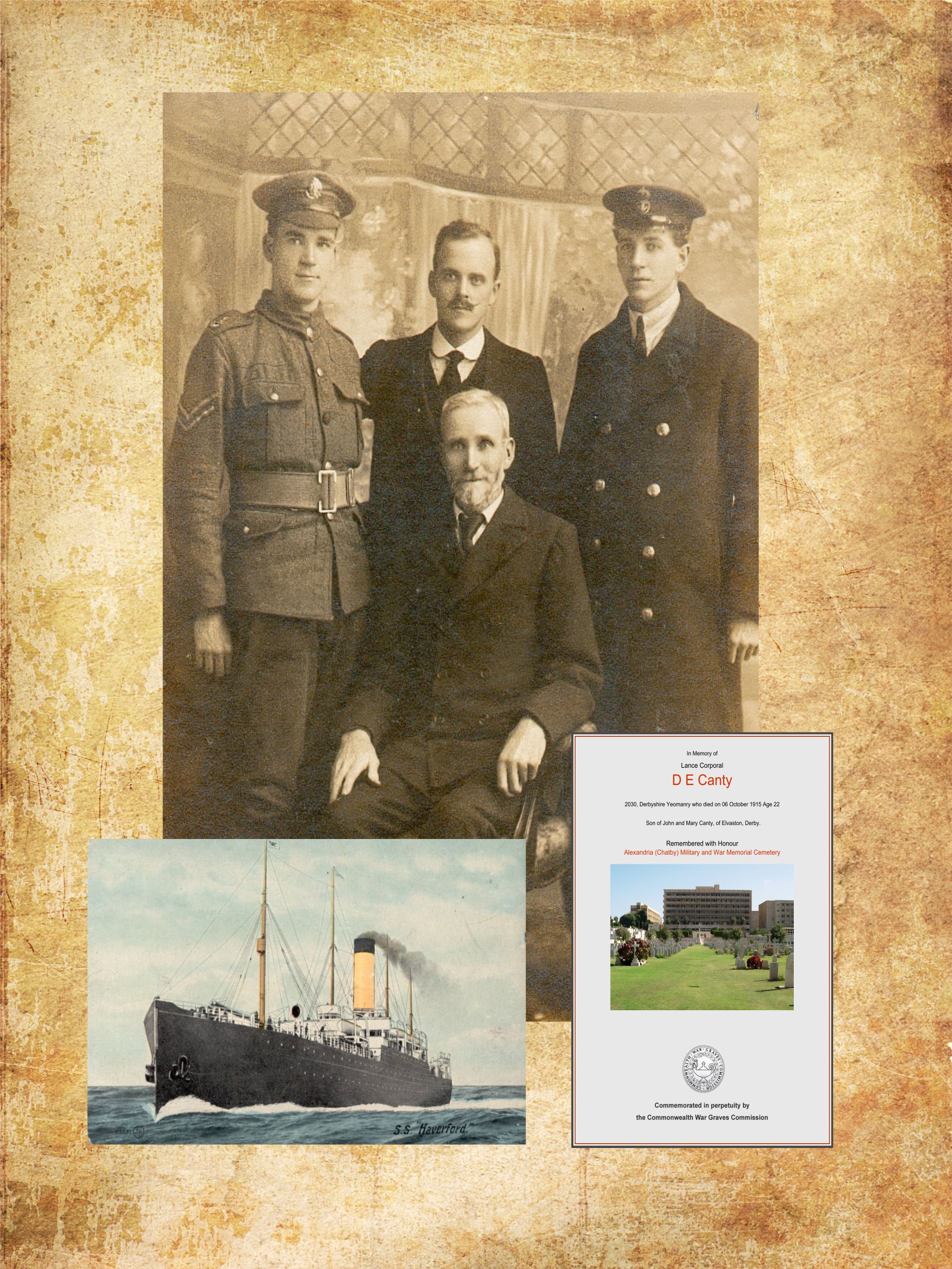